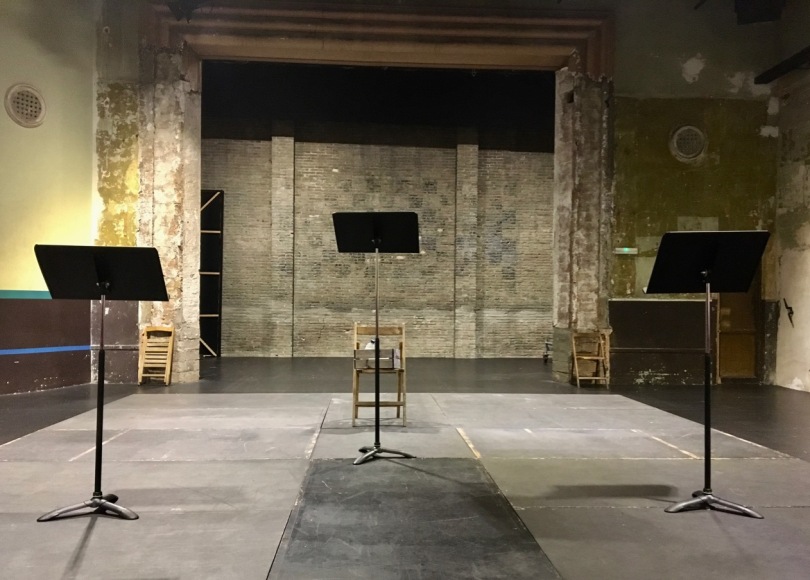 Like a lot of freelance artists, what I get paid ranges from a lot to nothing, according to the commissioner’s resources, what I’ve been asked to do, and my own wish to do it. So my choices about what work to take on hover between interest and need, but at least I get to choose. But what about the non-professional artists, the people who participate in art projects? What choices do they have?

It’s an issue I’ve thought about a lot over the years, but it crystallised recently in a question raised after a talk I’d given at Staffordshire University. Clare Reynolds, Co-artistic Director of Restoke, asked about the ethics of paying people to participate in projects. The company, one of Stoke-on-Trent’s many creative assets, brings ‘people from all walks of life alongside professional artists to co-create ambitious performances and programmes, driven by the stories, lived-experiences, skills and commitment of those who take part’. After their last show, Clare said that she’d realised that the (ticketed) performances were created by a company only some of whom were paid for their work. She felt that there was a case for paying everyone, at least for the performance week, and the company was discussing ways of doing that in future.

The issue came up again this week, during a gathering of playwrights from seven countries at Sala Beckett in Barcelona under the auspices of Fabulamundi. We spent a morning meeting people who had been involved in an exploratory project called Syria, incomplete cartography. Over a period of months, five theatre-makers and five Syrian refugees worked in pairs to co-create a multimedia piece about the war, escape and arrival in Catalonia. It did not lead to a fully developed performance, but the results of their work was shared with the public in January 2017. The budget was limited, but everyone who took part was paid.

In our subsequent discussion, one person explained that this was also true of theatre work with migrants in Italy, because it was not possible to secure their participation otherwise. I know of situations where non-professionals have been paid expenses, sometimes with a per diem allowance, to take part, and others where people have been unwilling or unable to take any payment because a fear of losing welfare entitlement or getting into trouble with the tax authorities.

I was reminded too of the ‘action’ in which Santiago Sierra paid four prostitutes ‘the price of a shot of heroin to give their consent to be tattooed’ (Salamanca, 2000). Whatever else it does, Sierra’s work demonstrates the power of money.

People should be remunerated for their work but there are other rewards than money. In participatory art, when people may be contributing some of the most precious things they have – their own stories – paying them can actually disempower them. Being paid can make someone lose control over their own participation or even prevent them from withdrawing consent. Money can be a way of exploiting people too. I have no answer to these questions. They run into the inequalities and injustices of society itself, and there is no reason why art should be immune from the corrupting forces that operate in every other field.

Artists making participatory work often involve people with less power and freedom than they themselves have.  We might not be able to escape the ethical and political tensions inherent in our work but by talking about them, we can at least help people to have the dignity of making their own choices in difficult situations. Each of us is entitled to decide for ourselves where the balance between interest and need lies.

My Tweets
Join 4,875 other followers