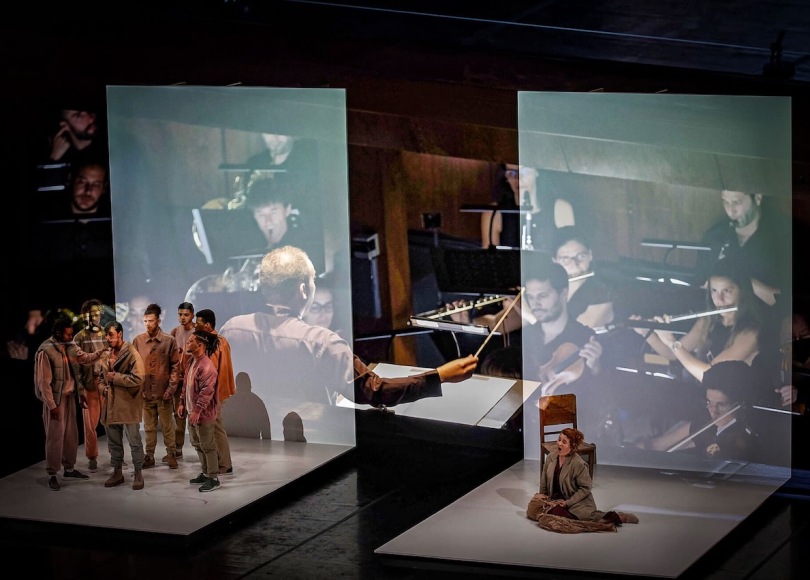 It was the end of a long day. We’d run out of time and the guards needed to get us moving. Goodbyes take time in Portugal, and especially in the prison. Handshakes and hugs for everyone, from everyone. A ritual of recognition.

One young inmate—I’ll call him João, but it’s not his name, or his photo—called me over urgently. He’d tried to tell me something earlier, when we’d been talking about the story of Ulysses and Penelope told in the opera, but he’d lost his thread. He had wanted to speak to me in English, directly, but the complexity of his feelings reached beyond his capacity in the language, and he’d given up. The conversation had moved on. Now, he’d got things clear and he wanted me to know.

I sat on the chair beside João and he leaned in towards my face. I was paying attention to him, so my notebook was closed in my hands, but he told me that I should write down what he was going to say. All afternoon, he’d seen me taking notes of what was being said and he didn’t want this to be missed. So I listened, and I wrote down his words as we looked into one another’s eyes:

“I am Ulysses. I think that in this opera we see that us who do the time here in the jail, we choose. It’s me who choose how to spend my time—to be still criminal or spend my time doing things good for me.”

I had wondered how these young men related to this ancient myth, distilled to its essence in the opera they had performed. A man on a journey, a woman waiting, separation in love, lures and choices, fidelity and love vindicated. I admired what the librettist, Paulo Kellerman, had crafted from his days of workshops with them, and how the stage director, Carlos Antunes, had enriched the spare, wiry text in performance. But I wasn’t sure until then what the young inmates, with all the social and educational disadvantages that had contributed to them being in prison, made of this story. It did make sense to João, it mattered. And it mattered to him that I should know that.

It’s been my privilege and good fortune to meet many people like João over the years I have worked in community art, and to hear about their experiences, feelings and ideas. Their trust in me to use well and respectfully what they choose to share is humbling. I remember so many of them, and I often wonder where they are now, what they are doing.

I know exactly where João is, and the other young men with whom I spent these past weeks. I know too how important their experience of working on the opera has been, and I hope it will help them in the choices that will come their way.

My Tweets
Join 4,921 other followers