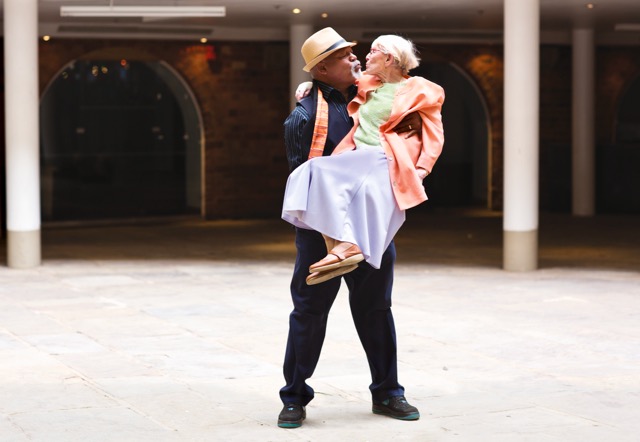 People’s stories have become central to participatory art in a way they simply weren’t 30 years ago. None of my work involved such personal material before a project with mental health service users in 1990. The widespread use of the term ‘life story’ is itself a sign of the growing importance of personal narratives in literature, sociology, oral history, contemporary art and throughout a culture still adjusting to the disruptive creativity of social media.

How and why we use our own stories is one thing, but when an artist gets involved the ethical, philosophical and aesthetic questions become challenging. The risks of making art from other people’s lives are real – and it is not usually the artists who take them. Such thoughts came to mind as I watched Anniversary by The Performance Ensemble at West Yorkshire Playhouse last week.

It was an unusual production, devised by and with professional and non-professional artists, all close to or well past retirement age. Some had performed for 40 years or more with leading British ensembles: others had worked as teachers or business people, only becoming involved in the arts through the Playhouse’s excellent Heydays programme. The piece was first developed* in 2015 by Alan Lyddiard, Royston Maldoom and others, and brought to a full production a year later.

The opening scenes were disconcerting. The performers were already on stage as the audience came in, but the bare stage looked like a rehearsal room under the house lights. It would be hard to say quite when the performance started, as people moved about and the lights stayed up, but it might have been when Hum walked slowly to a microphone near the front of the stage and told us, in his clear voice, something of his lifelong passion for Coalport pottery. He was followed by other members of the cast announcing dates which, we subsequently learned, were key moments in their personal histories. In the following 80 minutes of dance, theatre and music, the significance of each date gradually emerged. Performers addressed the audience directly, in front of a microphone. They shared humour, poignancy, sadness, hope and pain, all hovering uneasily on the border between art and life.

When one person, speaking about age, loses his lines, the audience waits with only the sound of his breathing in the microphone. We are not holding our own breath though, willing him to recover and somehow affirm an indomitable human spirit. We are not embarrassed. We are simply experiencing that moment of forgetting as it is, because it is real, living experience. It is not a failure. It is the performance of a truth.

Yet all this could easily have been maudlin, awkward. The apparent lack of artifice and production values made me initially uncomfortable, despite my confidence in the project’s creative team. Was this going to be yet another community production sapped by an inability to see that inexperienced performers need high quality staging more not less than professionals?

But behind the appearance of simplicity was a very sophisticated artistic structure which emerged steadily as the performance grew in power and authority. Stage hands came on to dress the set with white balloons. The lighting changed and in the new atmosphere the performances seemed to become increasingly assured while staying absolutely centred on the life experience of each individual. The music, inventive but never intrusive, became an ever-stronger support on which the cast could reach higher. Eventually, there were new costumes and a real ‘coup de theatre’ with the balloons, and the performers – despite their age – seemed to grow in energy. Behind the apparent simplicity of exchanges like ‘How long have I known you?’ it is possible to hear echoes of Chekhov and Uncle Vanya, much as the score recalls musical pasts. The boundary between art and life frays again. 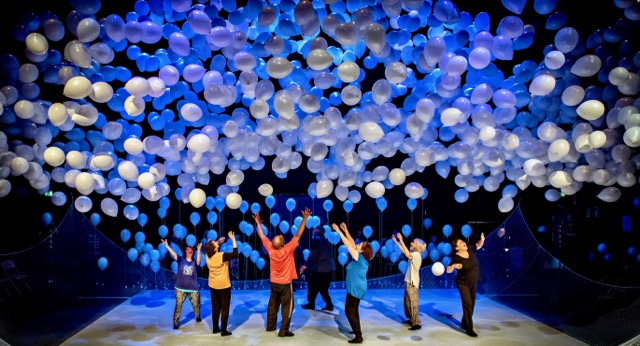 It is risky to ask even an accomplished amateur to perform alongside someone who has spent their life dancing for a living. But craft and experience are only part of what makes an artistic experience meaningful. The gestures of some Anniversary performers might lack professional training and experience, or be limited by the effects of age, but they carried a seriousness of purpose and a conviction that made them distinct but equivalent to those of the professional dancers. Rooted in its truth, a performer’s unchosen slowness has its own unique grace.

All these were artistic choices and brave ones too. They consciously set out to challenge the audience’s expectations of what a performance in a civic theatre might be and, indeed, who might create it. The intention was to make something out of nothing. As Anniversary progressed, I felt I was watching art being deliberately constructed before me and only in looking back did the artifice become clear. The stories were personal, but they and their tellers were transformed by that artifice into something quite other. This was not naked performance but the performance of nakedness.

This fragile, vulnerable performance gradually won me over, to the extent that I would willingly have stayed in my seat and watched it all again. It was beautiful, moving, witty – and it found a language that celebrated each person on stage, whatever their age, shape, experience, training, culture. Irrelevant differences fell away leaving only the presence of each person’s essential and individual humanity – the best of us. 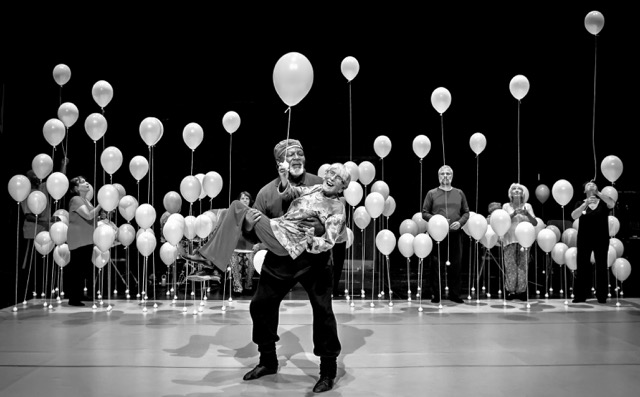 * The first development of the work  that has become Anniversary was supported by a grant from the Baring Foundation, of which I am a trustee. Photos by  Anthony Robling (1,3 & 4) and Sara Teresa (2) courtesy The Performance Ensemble.

My Tweets
Join 4,922 other followers