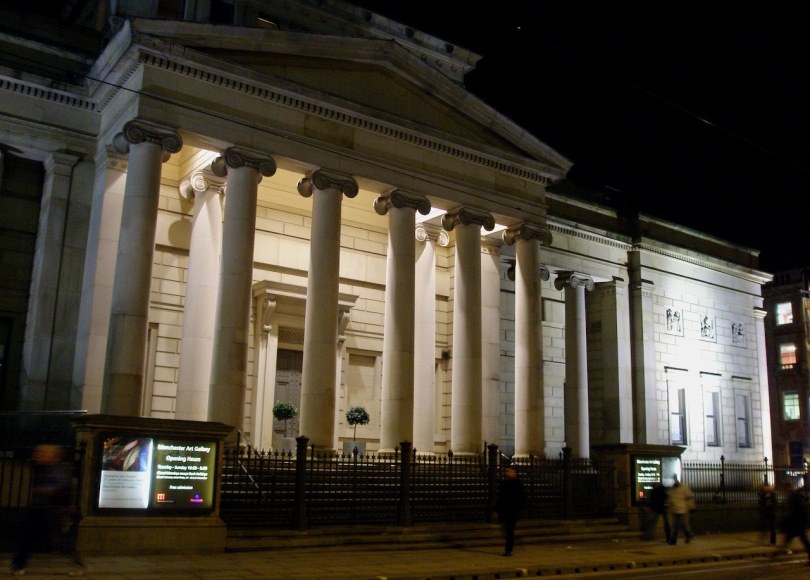 ADESTE+ is a European project dedicated to increasing cultural participation, supported by the EU’s Creative Europe funding. With 15 partners from the UK, Italy, Spain, Poland, Croatia, Portugal and Denmark, they hope to ‘encourage audience-centric cultural organizations across Europe’ through sharing knowledge and good practice. This year, their annual conference is online, in a series of weekly sessions during September. Yesterday, I gave a joint presentation with Sajida Carr. I began with some historical and theoretical context that Sajida illuminated with her experience in heritage and community cultural development. Today and tomorrow, we’ll publish both our texts here, beginning with my introduction.

Last year I published a book with the admittedly provocative subtitle ‘How participation won, and why it matters’. Others have also observed the rise of participation in contemporary cultural life, describing it as ‘a participatory turn’ – most recently in the title of a book just published by Félix Dupin-Meynard & Emmanuel Négrier that ‘seeks to clarify the meaning, potentialities and limits of the participatory experience in cultural policies’.

The art world often seems to regard participation as no more than another phase in art history – after impressionism, post-impressionism; after postmodernism, participation.  It’s true that it could be a fashion, but I think it would be a mistake to see participation like that. In A Restless Art, I argued that the imperative for cultural participation was a by-product of the invention of Fine Art, so I will briefly go back to the late 18th century, because that helps to see why this is not a fashion but a struggle, long and continuing.

The philosophical innovation that created the Fine Arts was an extraordinary and vital part of the European Enlightenment. It helped liberate art from patronage, making it an individual, idealistic and socially critical practice, rooted in a conscious commitment to supposedly universal values, and connecting it on the one hand to revolution and human rights, and on the other to capitalism and colonialism. The development of the modern world would not have happened without Fine Art, and we owe some of humanity’s greatest creative achievements to it.

But in creating the Fine Arts, philosophers automatically created ‘Not-Fine Art’ – though it has been masked by various euphemisms such as folk art, craft, entertainment or primitive art. They unavoidably established a two-tier system that reflected the hierarchical social structure of the time. Politically, and given art’s new social value, that left only two possible responses: to extend access to the upper tier, typically through education, or to challenge the hierarchy itself. The second option was obviously more radical – and more threatening to those who established and benefited from the two tier system.

Throughout the 19th and 20th centuries, European industrial societies pursued both strategies, one from the top down, the other from the bottom up. Great cities endowed themselves with museums, art galleries and concert halls, and sought to extend the civilising influence of Fine Art to the aspirational working classes. These institutions were typically paid for by the same industrialists who had enriched themselves through the labour of the people to whom they offered palliative cultural experiences.

At the same time working class people aspired to establish their own cultural institutions, activities and traditions. In Britain and other , Mechanics’ Institutes, music associations, amateur drama groups, and many other voluntary organisations were created by working communities to support their own cultural expressions. One example that I wrote about in A Restless Art is the Salford Lyceum, which was established in 1839, in a booming town on the edge of Manchester, where most of its members worked in textile mills. Within a year the Lyceum had 2,017 members, including boys and women, each paying eight shillings a year, and was financially independent. It had a library of 1,500 volumes, a news room supplied with journals ‘of all political opinions’, and held regular concerts, classes and social events. Working people gained skills not just in the practice of art and culture, but in skills like social organisation, management and public speaking. And that had political consequences. In November 1843, Manchester’s bankers, merchants, manufacturers and calico printers agreed to end the working week at 1pm on Saturdays in response to a campaign led by Robert Lowes – a member of Salford Lyceum. For the first time, working people in Britain were able to dedicate Saturday afternoons to cultural activities, from reading to choral singing, and acting to football.

The first describes a range of policies and programmes that are designed to make publicly-financed culture – which is essentially a modernised version of fine art – more palatable, accessible and popular. While much fine work has surely been done in this area, often with very good intentions, it cannot be said to have significantly changed the profile of audiences at theatres, galleries, museums, or concert halls. It also struggles to escape from its implicit hierarchies of taste and social class, which might even be thought to have contributed to some of the resentment at being judged inferior that populists are so skilled in exploiting. Perhaps calling it democratisation was always a bit self-serving: a more accurate term might be cultural philanthropy.

Cultural democracy, a term which emerged only in the 1970s, partly as a response to the rejection of democratisation policies in the 1960s, is a more difficult concept to explain, because it has been used in so many different ways. But perhaps its most important principle is that cultural programmes and provisions must start by recognising the legitimacy of people’s existing cultural values, practices and choices. If that sounds like a different like a form of populism, it certainly need not be. Human beings are curious, aspirational, and hungry to learn and experience new things. The history of working class culture and communities is ample proof of that – as well as being an alternative history of European art.

The struggle between these two alternative approaches to overcoming the division created by the invention of Fine Art has continued for two centuries. If I say that participation has won, it is less because either vision has triumphed, than because of much larger changes in European society. We are now better educated, healthier, more prosperous, and safer, than we have ever been. We live in more democratic societies, while the dominance of politics and religion as meaning-making systems has receded. For all these reasons culture has come to take a steadily larger place in our lives. Participation in culture has won, because our lives, opportunities and expectations have all grown. It has become normal, just as education did. What was denied to all but the wealthiest 150 years ago is now seen as a universal right essential to human development. The question is not if young people should be educated but how. Participation has won because that is becoming the question where art and culture is concerned: not if we participate, but how. Conflicting visions of culture philanthropy and cultural democracy remain central to policy – and to our lives.