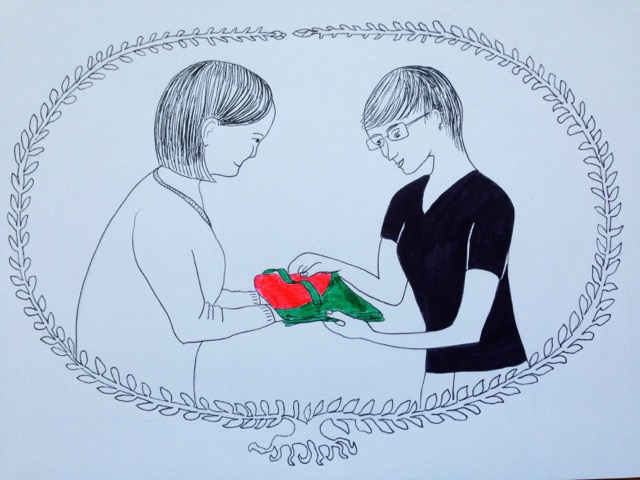 The remarkable comes in all shapes and sizes. Last week it was an inspired performance of Mozart by prison inmates. Today, it’s one artist’s work with residents of a sheltered housing scheme on the south coast of England. 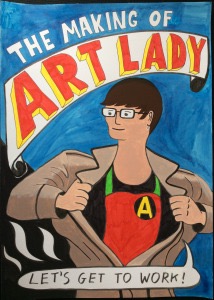 It’s not the project itself that caught my attention – similar work happens across the world – it was how the artist, Eve Turner-Lee, has recorded, thought about and shared her work. One reason for beginning ‘A Restless Art’ is my sense that practice – what artists actually do when they work with people – is not thought or talked about enough . In publishing The Making of Art Lady, a 32 page A4 comic documenting her project, Eve has produced a rich resource for students and artists who are thinking of working with people in similar contexts – and a rare portrait of her own developing practice.

Art Lady is an unusual superhero – gentle and domestic, in keeping with the challenges she confronts, and none the worse for that. But, in common with some of her comic book peers, she is assailed by self-doubt and ethical dilemmas as she learns how to be an ‘inclusive artist’. The comic, like the project it follows, were undertaken as part of Eve’s MA studies. Looking back at the experience, she told me:

‘I felt I was researching both ‘how to’ and ‘what is’ Inclusive Arts. Participatory arts practice was new to me having previously studied Fine Art and aspired to be a ‘solo visual artist’. I found working with others profoundly inspiring. It replenished my enthusiasm and faith in arts practice (both my own and more generally).’

The comic follows the course of her work with seven people as they explore art’s possibilities together. Very early, the project takes a sidestep, when one person wants to do something with a puppet she has made in a workshop with another artist. It’s not uncommon to find that one group member has different desires and the story of how those are fulfilled while also meeting everyone else’s interests is honestly told. In explaining why she chose the comic book format to reflect on the project as it evolved, Eve says that one of her discoveries was that film, which she also used to document the project, was not very approachable to the participants:

‘Many seemed to put it off with the intention of watching it with someone but never finding the right moment. On the pilot project, I had given them all booklets with images of the work we made and I found this a much more accessible and popular format for them.

A commitment to reflexive practice is not unusual (though it’s more often honoured by words than deeds). What impressed me about Eve’s approach was how she extended that commitment to the people she was working with, even to the extent of adopting an entirely new medium through which to practice art as research.

It takes courage to speak about your feelings to those you work with. To share the work not just with your tutor and fellow students but with the world is something else. Many readers will empathise with the artist bullied by dark fears about competence that crowd into some of the frames. But the comic is also honest about how a project develops, when things don’t work or when good ideas emerge by accident rather than intention. One of the most powerful pages describes Art Lady handling a situation where one participant’s judgement undermines another member of the group.

It is one story, of one project, but it is precisely its particularity that makes it worth reading. 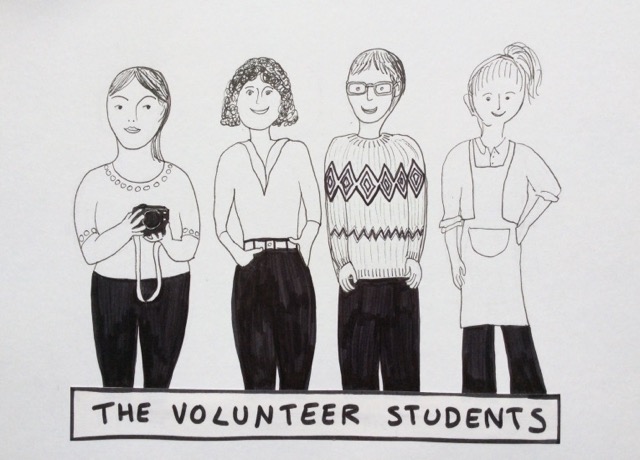 For an outsider, the comic has the admirable quality of demystifying what actually happens when an artists works with people.  Good community art practice strips away the mystification that makes the artist into a magician (with all the power that brings) while preserving art’s true mystery which is, as Art Lady finds, that you can’t control it so you never know where it will take you.

Done well, as it is here, it’s a kind of radical vulnerability that creates space for the best work to happen. This is a complex issue, at the heart of how an artist establishes relationship with the people she works with. Finding ways to accept and share one’s own vulnerability – honestly – can be a path towards a more equal power distribution within the group.