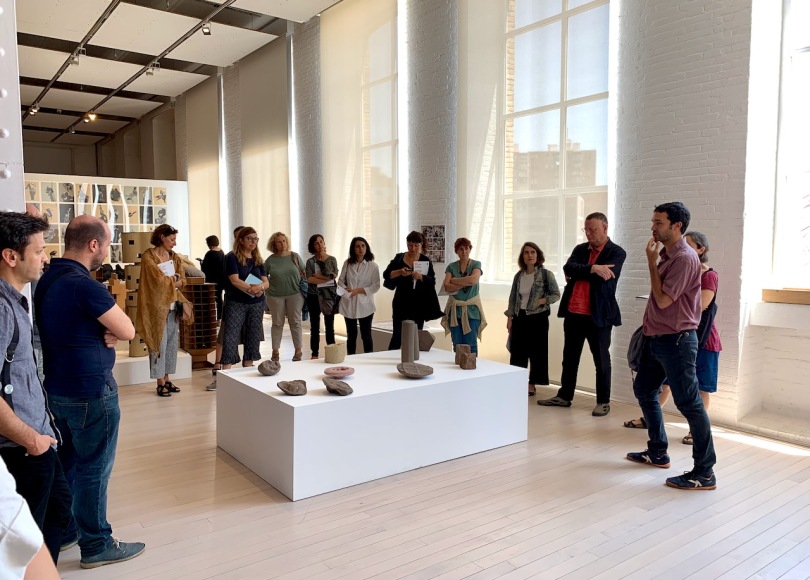 The growing acceptance of participatory art by the art world’s institutions is important and welcome, as I’ve written in A Restless Art. But it is also dangerous, because when the strong adopt the ideas of the weak they also redefine them to suit their own purposes. (Strength and weakness in this context refer only to political power and resources.) One aspect of how that is happening to participatory art is the reimagination of its potential for change. Community art’s emancipatory vision is being recast as a form of remedialism, intended to address social problems defined by policy makers. The results may seem similar, for instance in developing new skills, social capital and opportunities, but they are really not, because of where power lies. It is the difference between what we take and what we are given. The second never really belongs to us, because it can always be withdrawn. That brutal lesson can be seen in the political struggles over human rights and democracy now being played out across the world.

This is not something I anticipated when Use or Ornament? was published in 1997. When I began the research that shaped that report, I wanted to understand better how people benefited from participating in art (and at what cost), and to articulate the ethical principles that seemed to follow. I’d worked in community art for 15 years and I’d seen how making art could change people (including me). The research tried to give a coherent conceptual framework to those experiences and reflect on the implications. I did not foresee that my argument – that people generally benefit from participating in arts activity – would be interpreted in policy terms as meaning that art is a means to change people. Indeed, since such social engineering is the antithesis of my belief and practice (despite what has sometimes been asserted), it didn’t even occur to me that the art world would come to see participatory art in precisely this reductive way.

Here is the central difference. When I argued – as I still do – that people benefit from participating in art, it is because of its potential for learning, emancipation and empowerment. Experience changes us. Powerful experiences, such as those that come from creating art with other people, can change us deeply. But that change is something we do for ourselves: it is not done to us. The fundamental mistake of policy-makers is to believe that because something does happen, it can – indeed, should – be made to happen. In writing about how participating in art could change people’s lives, I did not imagine that might be interpreted as an argument for anyone to try to create that change. It one thing to say that young people can be expected to gain confidence, skills and purpose from a drama project. It is quite another to say that the drama project will deliver specific benefits, like a dose of medicine, that will ‘improve’ its ‘target group’.

That idea is wrong in at least three ways: political, ethical and practical. The political error is the simplest. The problems that cultural projects often set out to address arise from social and economic policy and it is there that solutions – if they are sought – must be found. People facing unemployment, homelessness or mental ill-health need work, homes, health care, education and other public services. Participating in the cultural life of the community is a right, and it may also benefit them in their life journey, but it will not – it cannot– solve the underlying problems they face. That shouldn’t need saying, but somehow, it does. I have the greatest admiration for Cardboard Citizens, Streetwise Opera and other art organisations who work with people experiencing homelessness. But homeless people need homes and that is a responsibility that no government or society should be allowed to ignore. Drawing attention to such failures is one of art’s functions, and community art can support people obliged to live with their consequences, but the problem remains political and it must be resolved through political action.

The second error is ethical. On what basis does an artist, a cultural organisation or a funder believe that they know how other people’s lives should or would be improved? By what right does one person set out to change another, except with their meaningful consent?  The Universal Declaration of Human Rightsis built on recognition of the ‘inherent dignity and of the equal and inalienable rights of all members of the human family’. How is that compatible with social engineering, whatever political ideology underpins it? That was clearly set out in Use or Ornament?:

“It was argued in the first working paper that it is unethical to seek to produce change in another person without their informed consent (Matarasso 1996a: 24). Unclear, unexpressed objectives allow a project’s sponsors and managers, consciously or not, to speak of different values to different constituencies and work to unstated agendas, with the effect of disempowering participants.”

Use or Ornament? The Social Impact of Participation in the Arts (1997)

This is surely a clear warning about the ethical dangers of participatory art, but it cannot be said to have prevented a growth in the type of well-intentioned but ultimately flawed, manipulative and condescending work that it opposes.

Even if there were not political and ethical objections to the idea that participatory art is about producing change, there would be practical ones. As I have argued elsewhere, it is simply not possible to control art or how people respond to it. If it were, artists would have no difficulty in achieving success. In fact, the work of admired artists and creative teams is constantly dismissed by critics and shunned by audiences.  Art is absolutely elusive. No one can be sure what will speak to us – and hence change us – and what will seem dead. Nor can we know if, when and how those works will change position, or how the art that we thought we disliked or ignored has actually been speaking to our unconscious mind. Art is not education, though it shares some characteristics with it. Enabling people to create – to do the work of artists – will have many and varied effects on them, but those effects cannot be commanded or controlled. Art is what we make of it.

That was luminously clear in an exhibition celebrating 10 years of artists’ residencies in Barcelona’s schools that I saw a few days ago, and from which the photos illustrating this post come. Entitled ‘Aquí hem trobat un espai per pensar’ (‘Here we found a space to think’) it presents artworks – sculpture, performances, installations, videos, publications and more – made over the course of a school year. The students work with an artist for two hours a week, and with a facilitator for another hour, in which they can reflect and build on the creative work.  Each of the 77 residencies is different because it emerges from the interaction of the professional and non-professional artists (in this case, senior school students). No one knows in advance what will happen or what may be created. There are no specific goals. No change is intended. Instead, there is trust that giving these young people the opportunity to work with an experienced artist will be rewarding for them and contribute to their human development. Confidence in the creative process and its value is enough: there is no expectation of specific learning outcomes or social change. So the exhibition was similar to many other contemporary art shows. There were things I liked and was moved by and others that didn’t interest me so much. But it was an art exhibition, to be approached on its own terms.

A space to think – that’s what participatory art offers, not change, or even self-improvement. Having space to think should be a human right, especially in the the age of social media. But space isn’t always enough: we need time, resources and, because we are social animals, we need people to think with, and to respond to our thinking too. That would be a good mission for Arts Council England, Tate, Creative People and Places and all the others who are starting to use participatory art. Help people use it as a space to think. The results might be revolutionary.