“I am the Museum” is a civil society and media action aimed to mobilize a massive citizens engagement to save a museum in a difficult political and economic context and finally influence the policy change at a state level.

The National Museum of Bosnia and Herzegovina has one of the largest and most important museum collections in the Balkans. In 2012 however, the management decided to close its doors to the public as the government was unable to reach an agreement regarding the financing and upkeep of the institution. Without any income, the people working in the museum continued going to work every day for three years, taking care of the cultural treasure of the country.

In order to tell this fascinating story of the Museum’s workers to the public, Aida Kalender from an independent NGO AKCIJA Sarajevo in collaboration with the photographer Zijah Gafić, started to document photo portraits of the workers and to record their stories in January 2015. This material represented a base for the large media-activist campaign called ‘Ja sam Muzej’ (‘I am the Museum) initiated by AKCIJA seven months later. 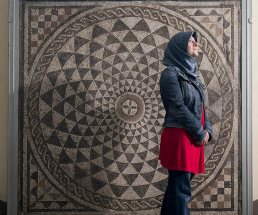 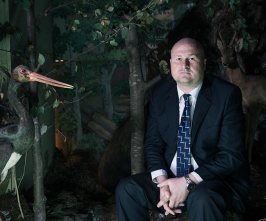 The campaign started with the exhibition ‘The Guards of the Museum’ that consisted of 38 portraits of the museum’s employees with personal stories about their dedication, love for their job and their present working conditions. The exhibition was presented in the closed Museum with the audience entering the building through the back gate. AKCIJA used this opportunity to invite citizens of Bosnia and Herzegovina to join the workers of the closed Museum by making a ‘guarding shift’ in the Museum as an act of support and solidarity with the workers.  In the following 45 days, during August and September 2015, more than 5,000 people from whole country, as well from the neighbouring countries, came to do a shift to support the Museum.

The campaign which had an enormous media coverage, both in print and online, also included a cultural programme donated to the Museum by other cultural organisations and individuals. It included literary works about the Museum from notable Bosnian-Herzegovinian and regional writers, an invitation to citizens to get involved by writing to the responsible ministers of culture, donating equipment, or adopting objects in the Museum for restoration.  The story of the Museum’s workers, trapped in the absurdity of transition to new socio-political-economic paradigm, but refusing to give up their agency, resonated with hearts and minds of thousands of citizens of Bosnia and Herzegovina who share their destiny, but in silence, far from TV cameras and social media madness.

This well planned and executed campaign, together with simultaneous political and diplomatic efforts, resulted in the re-opening of the Museum on 15thSeptember 2015 with guaranteed public funding until 2018.  “I am the Museum” received the Europa Nostra Grand Prix award in 2016. and is featured as a case-study of good practice in numerous publications dedicated to citizens’ participation around cultural heritage.