The old carpentry workshop looks like something from Piranesi’s Carceri, which seems appropriate since it’s in the Youth Prison of Leiria (Portugal). The cavernous hangar is littered with old timber and unused machines: austerity means that no one learns woodwork here any more.

But on this wet Saturday afternoon, the place is packed. Two or three hundred people are crammed into one end of the hall; some of them have stood for more than two hours now. Between them and an improvised stage a chamber orchestra is playing a rhythmic, repetitive melody that underpins a riveting rap by thirty of the inmates who have just sung Mozart. The music builds insistently as they hand microphones to one another and perform in Portuguese, Creole, French and a little English, moving with the beat and savouring this moment that cements their two hour performance of Don Giovanni. A couple of young men have children on their shoulders, because wives and girlfriends have been allowed to join them on stage. There is a strange joyfulness, hard won and attenuated by suffering. Right now hope is strong, for these men, their families and for societies in need of reconciliation. One man waves a flag with the word ‘Liberdade’, freedom. With the performance’s climax comes a roar of applause and everyone is on their feet. Breathtaking. Unforgettable.

Artists often speak of the risks in their work and it’s true that creativity can be exposing. But if vulnerability may be more public for artists who read other people’s opinions of their work in the papers, it is familiar to every human being. One of the things that makes participatory art especially risky is that artists are asking others, including people who may live in situations of great vulnerability, to share in that process of exposure. These risks are taken on by people who may not know, at the outset, quite what they might be doing, how it might change them or what it might eventually cost.

The idea of putting on a Mozart opera with untrained singers in a prison is, on the face of it, ridiculous. The technical demands of the music are huge; the participants have no experience of staging musical theatre, or the language of opera; the facilities are negligible, the security issues immense and the politics fraught. The list of what could go wrong is very long and the risks taken by those inmates who take part largely incalculable. It is a tribute to the courage, imagination and professional abilities of SAMP and project director Paulo Lameiro that all those traps have been avoided on the path to this performance. (The openness of the Prison Service and the Calouste Gulbenkian Foundation to the proposal should also be recognised.)

Months of workshops and rehearsals have enabled the participants to build the vocal skills to sing together the role of Leporello, the amoral Don’s servant. Some men even take on solos within the choral group. The staging, in modern dress, has been brilliantly imagined to make the site’s limitations part of the experience. The audience enters through a redundant ceramics workshop whose darkness is exploited to evoke the hell to which Don Giovanni is destined. Dissonant wails of brass, and writhing figures create an unsettling atmosphere reminiscent of the best of Punchdrunk’s work. For the opera itself, the principal singers and orchestral musicians are professionals, but the Commendatore, assassinated in the first scene and returning to haunt Don Giovanni, is played by the prison’s director. Prison officers take minor roles or perform with the orchestra. This story of crime and retribution is played out by people who know its realities at first hand and from both sides. 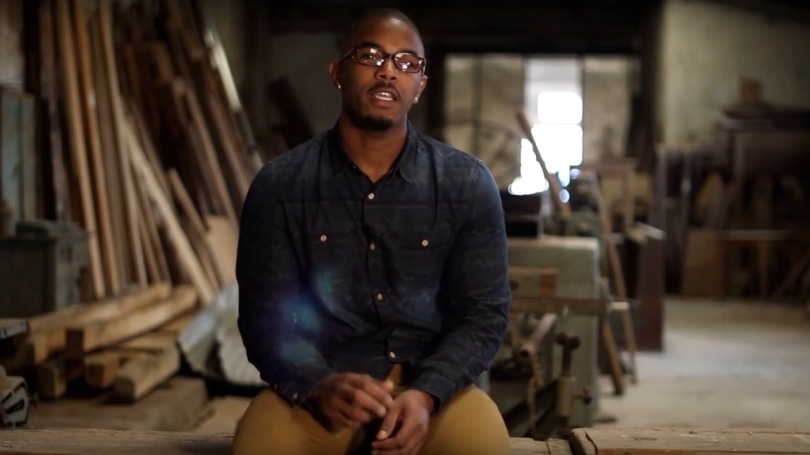 In most participatory arts projects, the performance would be the culmination of the project. Not here, not today. Lameiro’s vision is not simply to put on an opera in a prison but to open new creative paths for all those involved. The workshops will resume after this performance, giving participants the chance to build on the experience. And dialogue is beginning with arts and cultural organisations in each person’s home town so that, as a man approaches his release date, there is a chance to continue working outside. What form those opportunities may take is still unknown: it may not be in opera or even classical music. But there will be support, interest and a possibility of inclusion.

So this project is only half way through and I shall follow its development in the months to come. My glimpse of the work and brief conversations with some of those involved have convinced me that –against the odds – something extraordinary has been happening here. There is a fuller account to be given, and much more to understand about how the work is being done, and that will follow in time. For now, I’m just grateful to have had a chance to experience the performance and meet some of those involved. Against the odds, they succeed triumphantly and I am full of admiration.

There’s a short introductory video to the project here (it has English subtitles and the images in the post are from the film):