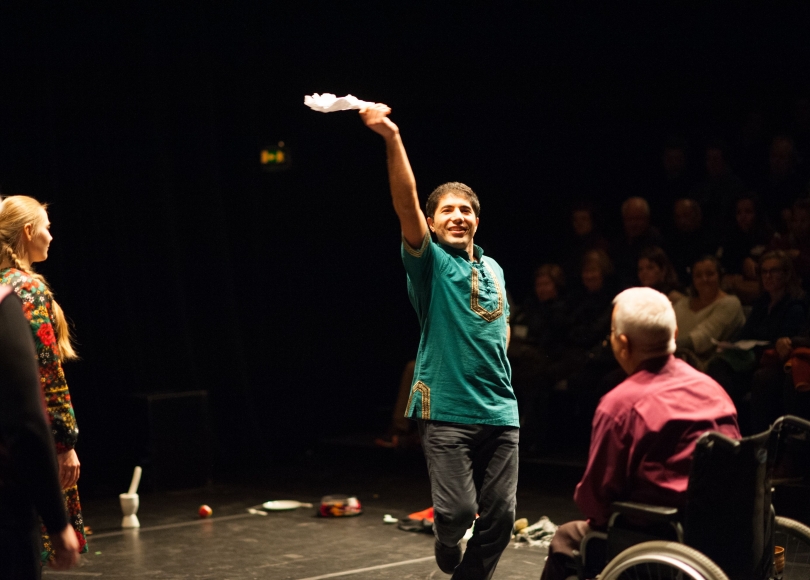 It is not an accident that A Restless Art is appearing in two languages (and I hope others in due course). At a basic level, it is a commitment to recognising that a single language, even one with the beauty and suppleness of English, can only be one way of apprehending the world. English is a fantastic tool for intercultural dialogue, but it is still a second (or third, fourth or fifth) language to most people who speak it today. So making the effort to translate texts into other languages, and to their cultural realities, is vital. With an estimated 250 million native speakers Portuguese is the sixth or seventh most widely spoken language today and I’m thrilled that Isabel Lucena’s luminous translation will make the book accessible to so many people.

But there is another reason, more closely rooted in the specificities of participatory art’s development and the story of A Restless Art. I had been thinking about a book on the subject for a while, when I met Hugo Seabra from the Human Development Department of the Fundação Calouste Gulbenkian at a conference in Sarajevo, in May 2015. Listening to his presentation about the newly-launched PARTIS programme, and remembering some of the work I’d recently seen in Spain, I saw more clearly some of the gaps in my understanding of recent developments in community art in Europe. It was with the intention of filling some of those lacunae that I approached the Foundation with the idea of doing a book that embraced British and Portuguese experiences in a wider European context.

The result is now available in Portuguese. Uma Arte Irrequieta (A Restless Art) was launched in Porto last night, and will be presented at the Fundação Calouste Gulbenkian tonight. I will also be speaking about it in Viseu at the Polytechnic Institute and in Tondela (ACERT) over the next three days. There’s some press overage (in Portuguese) and you can order a copy from the Gulbenkian Foundation or download a PDF from the links page.

It has been a joy and privilege to learn about the work of so many wonderful people in this country. The book includes at least a dozen such examples – and I could easily have included twice that number. The scale of this still relatively recent practice can be glimpsed from the 150 proposals for the latest (third) round of PARTIS, or the 270 proposals for the 2019 MEXE Festival in Porto. I am full of admiration for the creativity, energy and commitment they bring to their work. More impressive still is the rigour and depth of their ideas about practice, politics, ethics and art. This may be a young field in Portugal – although in projects like Chapitô its roots go back to energy unleashed by the 1974 revolution – but it is very far from naive. Indeed the conversations I’ve had with many of these artists and activists have taught me a great deal and are part of what, in my mind at least, justifies the title of the book’s last chapter: Hope in uncertainty.